Hi all,
Join us at the Triple Door and dance to Zimbabwean marimba!
It isn’t often we get to hear marimba ensembles in night clubs. NOW is the time, and the Triple Door is the place. So come on down and bring your dancing shoes!

The first group, Vawachi II, featuring veteran performers of Seattle’s marimba scene, will go on at 9 pm. Anzanga Marimba Ensemble, now together more than 20 years, wraps up the evening just before midnight. Happy hour food specials from the Wild Ginger’s kitchen and a full bar as well as a open dance floor awaits. 21 and older please. No cover charge but bring a few $$ for our tip jar, let’s fill this up with LOVE. Marimbas are constantly needing repairs and musicians love to eat and play music. 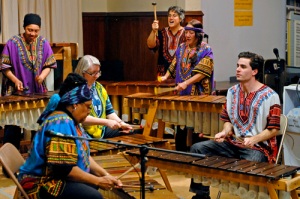 Greetings Afro-Fusion and Zimbabwean music fans!
Mokoomba, the exciting Afro-Fusion band from Zimbabwe, will be performing live in Seattle at the Royal Room May 25, and in an intimate House concert May 26. Hailing from Victoria Falls in the NW corner of Zimbabwe, they are setting dance floors ablaze with their unique mix of traditional Tonga and pan-African music cultures with dashes of Rap, Ska, Soukous and Afro-Cuban music.
They will be performing a mix of material, from their new album Luyanda.
Check out this video! 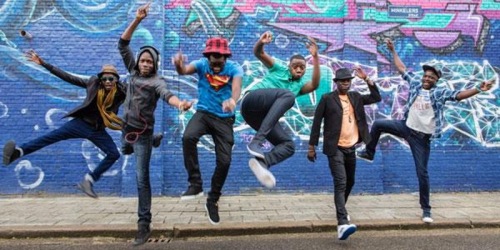 May 26 House Concert at a secret Seattle location-to be announced
7:00 PM – 10:00 PM PDT
Join us at this intimate meet and greet the artists show! Tickets include gourmet appetizers, wine and beer and a dynamic acoustic show.
Tickets $65 through Eventbrite

Salif Keita, the Golden Voice of Africa, Live with full band in Seattle

Organized by Yeleen Productions
Tickets and info at Eventbrite Greetings,
As you know, the originally planned Oliver Mtukudzi concert has been postponed due to “visa constraints.” The concert promoter has decided to press on. Anzanga Marimba Ensemble, Naomi Wachira, and other Seattle artists will now come together for a benefit for immigrant rights at Columbia City Theater at 8 p.m. this Friday, 2/10.
Suggested donation: $20. Proceeds to benefit organizations protecting the rights of immigrants.
Go to Columbia City Theater for info.

I regret to inform you that the upcoming Oliver Mtukudzi performance on February 10, 2017 at Columbia City Theater has been cancelled. Oliver’s band was denied working visas and will unfortunately not be allowed to perform. Columbia City Theater writes that those who purchased tickets will be reimbursed, and a make-up date is in the works for later this spring.
Sorry to be bearer of bad news,
Claire

Greetings African music fans,
Mark your calendars for this SUPER show coming up on February 10: 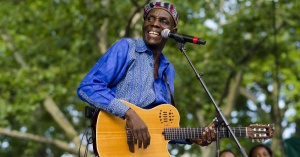 Dr. Oliver “Tuku” Mtukudzi and the Black Spirits
Dr. Oliver Mtukudzi is a Zimbabwean musician, songwriter, philanthropist, human rights activist and a UNICEF Goodwill Ambassador for the Southern African region. His musical journey began in 1977 when he formed the band Wagon Wheels; today, with 65 albums under his belt, Mtukudzi is regarded as Zimbabwe’s most renowned and internationally acclaimed cultural icons. Gifted with a deep, husky voice and a talent for writing songs that reflect on the daily life and struggles of the people of his homeland, Mtukudzi is affectionately known by his fans as “Tuku.”

Naomi Wachira
Naomi Wachira is an Afro-soul singer/songwriter who grew up in the small town of Kijabe, Kenya but is now a Seattle resident. She was named the Best Folk Singer in Seattle by the Seattle Weekly in 2015.

Alpha Blondy & the Solar System
JUNE 18TH, 2016 – in SEATTLE at Kings Hall, 2929 27th Ave S ((Mount Baker Light Rail Station)
This is Alpha Blondy’s first time back to Seattle in 11 years!
We have improved the SOUND SYSTEM for this incredible show !!

Comments Off on Alpha Blondy in Seattle June 18

Zimbabwean Dance Party
Join us at the Triple Door Musicquarium with Anzanga, Zambuko, and the University of Washington Zim Marimba Club. Bring your dancing shoes!

Late night Happy Hour at the Musiquarium brings back the joyful sounds of Zimbabwean marimbas. Remember Dumi and the likes of the Bombay Bicycle Club in Pioneer Square and the Bistro in the U-District? It’s time to hear it again, presented by the Triple Door. Musically rooted in traditional Zimbabwean and other styles of African music arranged for marimba, these ensembles perform on marimbas of different sizes and pitch ranges: soprano, tenor, baritone and bass. All three bands will play one blistering set each of high energy Zimbabwean marimba music!

Comments Off on Zimbabwean Dance Party May 6

Featuring a diverse range of freedom songs, lullabies and anthems from South Africa and traditional mbira music of the Shona people
With special guests:
* Sid Law – One of the leading experts in the virtuosic Missa Luba tenor solo
* Thione and Gora Diop – Percussionists & master drummers from Senegal
* Kent Stevenson Trio – A heritage of African-American gospel and jazz traditions
* Claire Jones and Vawachi Marimba – One of Seattle’s leading performers of music from Zimbabwe

Posted on October 22, 2015 | Comments Off on Remembering and Celebrating Abdoulaye Sylla’s Life

Friends,
Take the opportunity this weekend to remember Abdoulaye Sylla and celebrate his life.

Comments Off on Remembering and Celebrating Abdoulaye Sylla’s Life